Satoshi Nakamoto is a pseudonym and no one really knows his (or their) true identity. But more on that another time. The Bitcoin whitepaper is still a must-read for anyone interested in cryptocurrencies and the technology behind it. 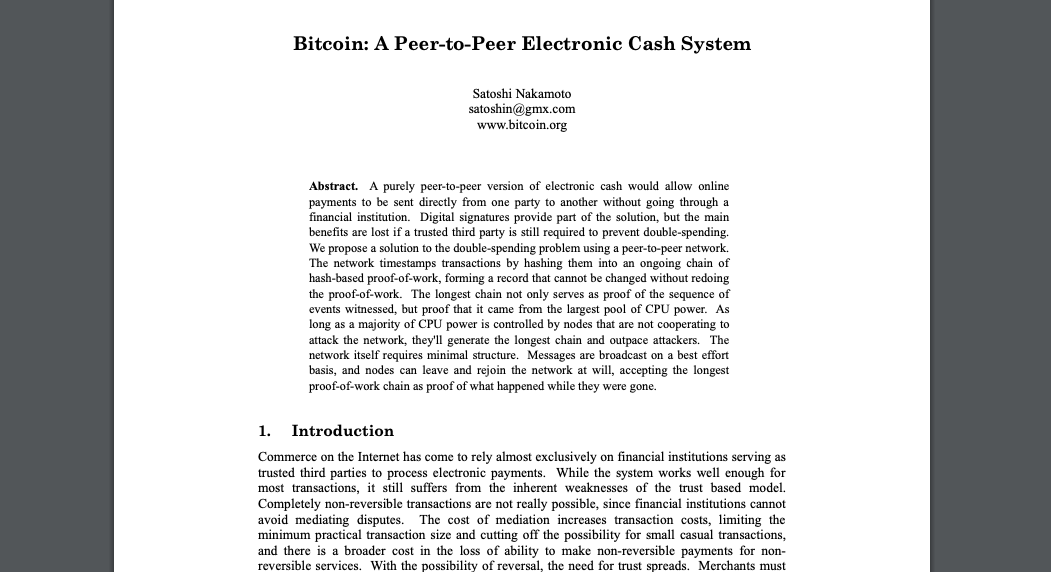 What did Satoshi want to create with Bitcoin?

Satoshi posted the whitepaper on a cryptography emailing list at metzdowd.com. He called the whitepaper "Bitcoin: A Peer-to-Peer Electronic Cash System". In the paper, he referred to Bitcoin on several occasions as an "electronic cash system":

"A purely peer-to-peer version of electronic cash would allow online payments to be sent directly from one party to another without going through a financial institution."
- Satoshi Nakamoto, Bitcoin: A Peer-to-Peer Electronic Cash System

Bitcoin itself has some properties similar to gold. Like gold, Bitcoin also has a finite resource. The final amount of Bitcoins to ever be produced is 21 million, which makes Bitcoin relatively scarce like gold. That makes Bitcoin a deflationary asset. Satoshi himself has compared Bitcoin to gold on a few occasions.

"As a thought experiment, imagine there was a base metal as scarce as gold but with the following properties:

and one special, magical property:

If it somehow acquired any value at all for whatever reason, then anyone wanting to transfer wealth over a long distance could buy some, transmit it, and have the recipient sell it."
- Satoshi Nakamoto

One of the clues of what Satoshi intended Bitcoin to be could also be the "hidden" message in the Bitcoin’s genesis block (the first block ever produced). The message says:

"The Times 03/Jan/2009 Chancellor on brink of second bailout for banks."

This could be interpreted in many different ways. Satoshi realized that the fractional reserve banking system is getting more unstable with banking systems in Greece, Cyprus, and Argentina on the brink of collapsing and wanted to create a system where payments could be possible without a trusted third party. 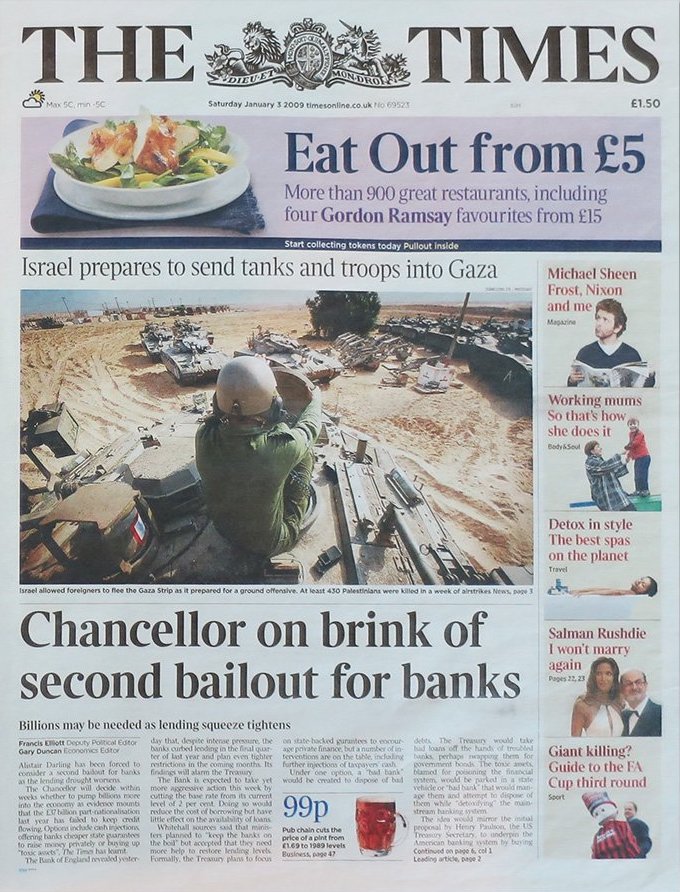 Bitcoin is also used in some countries as a store of value. For example, Venezuela has become a big market for Bitcoin since their national economy is in hyperinflation with an annual inflation rate of 1'000'000%.

On the other hand, he might have just wanted to add a headline from a major newspaper into the Genesis block in order to prove it wasn’t created before January 3rd, 2009.

What gives currency its value?

The history of currency is complex and way too long to be described in this short blog post. A currency has often been in one way or another linked to gold.

Gold as a currency has a 5000-year-old history. Up until 1971, all major currencies were backed by their respective government's gold reserve. This monetary policy, known as the gold standard, has been widely used in the 19th and the 20th century. This policy effectively meant that you could exchange US dollars for gold.

As the economies of countries grew, the gold standard monetary policy was no longer sustainable. On August 15, 1971, the US president Richard Nixon signed a law that ended international convertibility of the U.S. dollar to gold. Other countries quickly followed suit, thus ending the era of the gold standard. 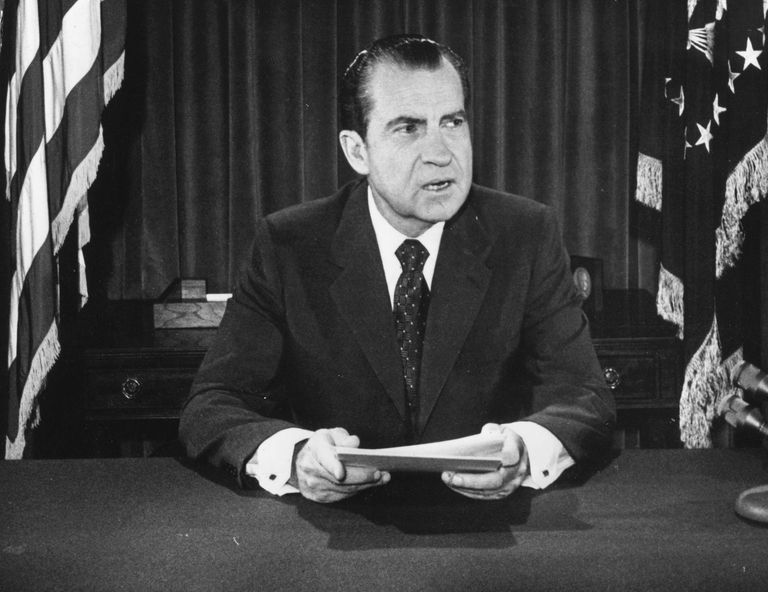 Fiat money is backed by a country (or an international entity, such as the EU). We put our trust in the government and its monetary policymakers.

Bitcoin, on the other hand, is not backed by any government and is fully decentralized. That also means that no government can shut Bitcoin down as the Bitcoin network runs on thousands of computers all over the globe.

Consider this as a trust in the government vs trust in the code. It might be weird or interesting to put your trust in a piece of computer code written by an anonymous programmer ten years ago (and updated by a bunch of others since then).

At the moment Bitcoin is more of a speculative asset behaving similarly to gold. Currently, not many people use Bitcoin as a payment method.

There are some retailers and companies that offer payments in Bitcoin, but only a few people use it on the regular basis. This is because of several factors:

Not everyone in the community agrees how to tackle these questions. We have previously written about a disagreement within the bitcoin community that led to a Bitcoin fork known as Bitcoin Cash.

Both sides agree that Bitcoin in its current form is not capable of becoming a global payment currency. But they disagree on how to achieve scalability and increase the number of transactions per second.

The Bitcoin core team implemented SegWit in mid-2017 which was important for second layer solutions like Lightning Network. The other camp went in the other direction and wanted to implement a larger block size. Bitcoin is currently capped at 1MB block size. The other camp forked the Bitcoin blockchain leading to Bitcoin Cash that has a maximum block size of 8MB.

Does it really matter?

Is Bitcoin a digital cash or a digital gold and does it really matter? No one knows for sure. Bitcoin is still a relatively young experiment. Bitcoin was and still is revolutionary. It introduced new concepts to the masses like blockchain and trustless payments.

No one knows in what direction Bitcoin will go. It is still relatively early. It could be both. A store of value based on supply and demand and a payment system with the introduction of the Lightning Network.

There are currently two major camps trying to tackle Bitcoin’s scalability problem. One focusing on the second layer solutions, and the other one wanting to scale on-chain. We will just have to wait and see what works best.

An article about Bitcoin is not complete if it doesn't include a lambo. So here you go: 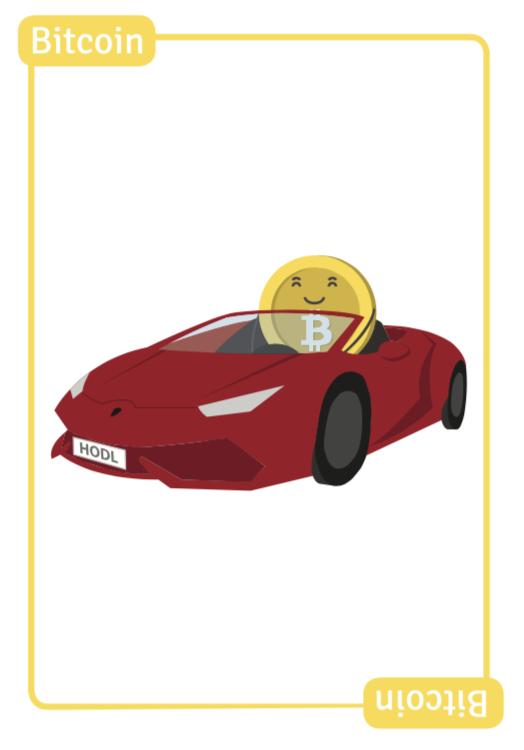 One of the Crypto Cards is, of course, the Bitcoin card. ;)

What Is Crypto Staking And Can It Be A Passive Income For You?